Message from the Mayor

The Town of Atikokan was first established in 1900 by the railway entrepreneurs, MacKenzie and Mann, as a Divisional Point on the Canadian Northern Railway. They took their inspiration for the town name from the nearby Atikokan River. The train station and rail yards were located close to the nearest source of water. The settlement that followed consisted of railway men, lumber men and fur traders and their families. These industries continue in the Atikokan area. Within fifty years Atikokan would become famous for iron ore. The settlement was close knit, gritty and adventurous, adapting to their wilderness home.

Geologists exploring and assessing the mineral wealth for the first Geological Survey of Canada discovered an impressive range of mineral deposits in the Canadian Shield, including gold in northwestern Ontario. The Atikokan River was first recorded in the 1890 Royal Commission on the Mineral Resources of Ontario report as the Attic-Okan River or Antler River. The landscape of this area was shaped during the last ice age and populated by First Peoples. The town of Atikokan is in the traditional territory of the Anishinaabe, territory covered by Treaty #3, signed in 1873, and the Treaty Adhesion signed by the Métis in 1875.

Message from the Mayor

On behalf of our entire community, I’m excited to welcome you to Atikokan. We are perfectly located along Highway 11, about half way between Thunder Bay and the International border at Fort Frances. Whether you’re looking for world-class outdoor recreation, a great tourist destination or an opportunity to fulfill your entrepreneurial spirit, Atikokan will surely meet your needs. 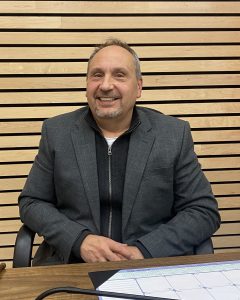 The Town of Atikokan is host to a number of established employers that allow us to maintain a strong and steady workforce with opportunity for all. Atikokan is also an entry point to Quetico Park, a world famous destination for backcountry canoeing with over 2,000 lakes and 460,000 ha of remote wilderness. It’s no wonder Atikokan has earned the status of “Canoeing Capital of Canada”.

Our summers culminate with a week of fun and celebration, capped off by The Atikokan Bass Classic. This 2 day, 110 team fishing tournament and community event never fails to provide a memorable weekend with friends and family.

If you’re visiting for the first time, coming back to see some old friends or looking for a friendly, safe place to live, we’re here to welcome you.